In February of 2017 I was featured on Comcast SportsNet Philadelphia’s show called “The Orange Line” hosed by John Boruk. The show is a Philadelphia Flyers related program which discusses the current events of the team along with other team related news & stories.

As a life long Flyers fan it was such an honor to have been featured not only for my Flyers related artwork which I have been creating most of my life but also for the work I did in creating the Ed Snider tribute logo which continues to have a life of it’s own.

Here is the feature:

Less than twenty four hours after creating my Ed Snider memorial logo in it had gone viral across social media and wound up being featured on Comcast Sports Net’s Philadelphia morning show “Breakfast on Broad”. This clip is from the show which aired on April 12, 2016.

On December 23, 2010 I was honored to be interviewed by CBS-3’s (in Philadelphia) Cydney Long for my career and work in the toy industry. This video contains the teasers and reports from both the 6:00pm and 11:00pm telecasts.

Back in March of 2012 I was featured in front page article in the Courier Post newspaper for my baseball related sports art. While being on the front page came as a complete surprise, seeing myself featured “above the fold” as they call it was an even bigger surprise. 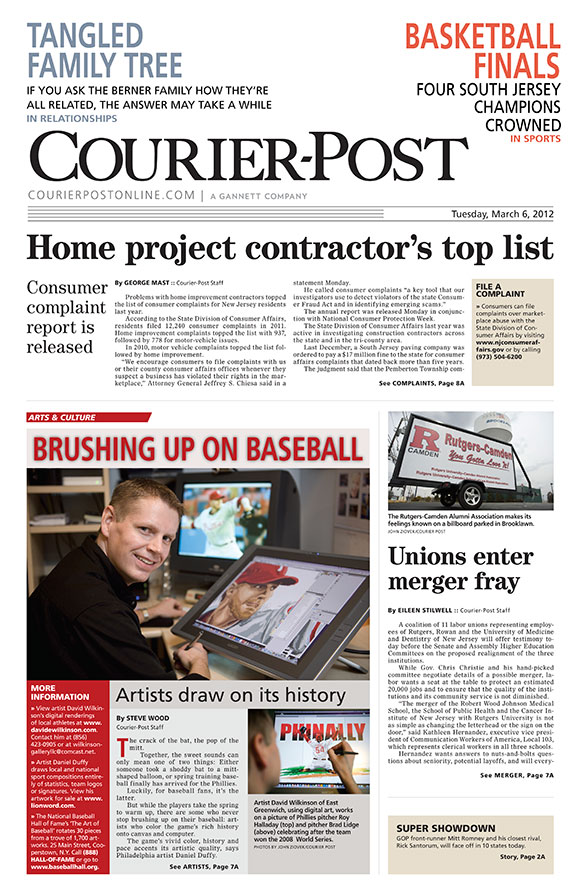 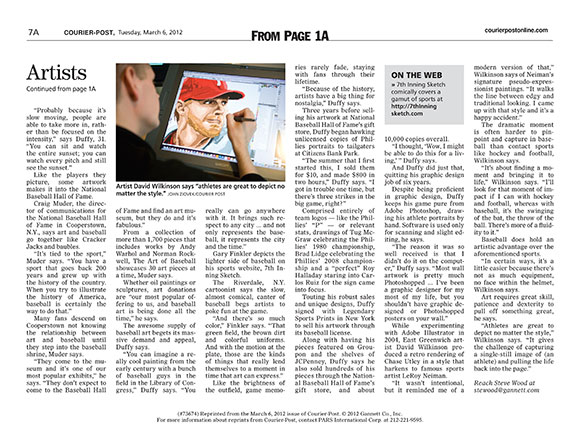